Competing Commitments: How our Barriers to Change may be Self-Inducedpar Gisèle Aubin, PCC In his article “Change or die”[1] Alan Deutschman reports that 80% of the American Health budget is consumed by 5 major behaviours: smoking, eating, drinking, stress and lack of exercise.  No surprise there. We have known for years that changing these behaviors could prevent life-threatening diseases and yet, we continue to suffer from them. According to Deutschman, putting the emphasis on the consequences of such behaviors, and depending on the reasons to interiorize, the need to change is a lost cause.  Instead, he claims that creating a compelling vision of the future is what can trigger change.

Threats, no matter how big they are, fail to motivate.  Such is the human nature.  The reason being that when faced with threats of great magnitude, such as death, disease, job loss, etc. we elect to deny its reality.

Isn’t the brain a powerful thing?  Indeed. However, its creative ability may serve us, or not. Clearly in this case, it does not.

Change then, remains a significant challenge for most of us and certainly a frequent encounter in coaching.

Not everyone faces life and death situations on a regular basis, but we do face situations where we feel stuck.  Often the desire to change is there.  But somehow, despite our best efforts, we do not seem to be able to "move the needle".

Robert Kegan and Lisa L. Lahey[2] wrote extensively on the topic of change and more particularly, on the immunity to change. Their approach is somewhat different than that of Deutschman.  Without disagreeing with the concept of creating a compelling vision, they focus on the individual’s identity (his past experiences and behaviours) and the assumptions he makes when faced with a situation that challenges his status quo.

According to Kegan, the baggage we carry, more precisely called our biases, dictate our behaviors and attitudes even before we consciously decide to act. In other words, our biases hijack our intentions, thus resulting in a different outcome than what we might have hoped for. He calls this a competing commitment[3]: an underlying commitment, of which we are not aware, which works against our stated goal.

According to his findings, our brain develops an immunity system much like our body does. Its role is to protect the status quo in our lives.  The status quo, we all know, is where we feel confident, knowledgeable and understand what is expected of us.  It is often referred to as our comfort zone. Change offers very little of that.

How then, does one disengage this immunity system and initiate the change they consciously want?

One must discover the underlying assumptions that cause the intentions to go astray, by creating an unconscious competing commitment which works against our conscious intention.  Here is how, as coaches, we can help our clients:

To help you with this approach, I strongly recommend you view this video where Robert Kegan explains this far better than I can. You can also  use this chart and practice with one of your own issues.

My take away after reading Kegan is that Forrest Gump’s[4] famous quote “Life is like a box of chocolate, you never know what you’re gonna get” applies to coaching just the same.

Often there is more to the situation than meets the eye. 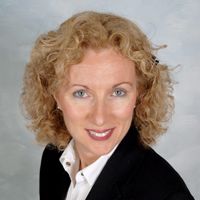