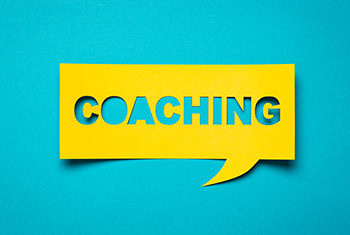 A coaching agreement is crucial in any coaching relationship, but there isn’t a standard format. When coaches are developing their own agreements, they should consider what they need to include to protect themselves and improve their coach-client relationships.

Coaching is an interesting profession because it can be executed in so many different ways. Nobody’s methods are the same, and that’s okay – they don’t have to be, and aren’t expected to be. However when coaches are taking on new clients, it’s important to put together a collection of information in a document that puts the coach, the coachee and, in some cases, the sponsor (or organization) on the same page.

The October edition of the monthly ICF Québec Breakfast Conference on Coaching, hosted by the John Molson Executive Centre, was about discussing ways in which coaches can protect themselves from issues that may arise during a coaching partnership. Coaches Edward Rudick and John Cacchione presented several ideas to guide this conversation.

Why do you need a written agreement?

No matter how well a coach may know their client, and no matter what is agreed upon verbally, a coaching agreement is an effective way to ensure that all parties involved are on the same page. It is a practical way to reduce misunderstandings and can offer legal protection should a situation become escalated to that level.

The agreement does not need to be complex and full of legalese either, in fact, any two coaching agreements can look exponentially different. It is up to the coach to decide what is important enough to put into their own agreement, and how they want to word it.

What types of coaching agreements are there?

The typical agreement would likely be between the coach and the coachee, but there are situations where other parties are involved, requiring alternative agreements. When an organization hires the coach to work with one or more of their employees, there must also be an agreement between the coach and the organization to detail information about financial compensation and confidentiality. However, there can also be agreements between all three parties – the coach, the coachee, and their sponsor or organization. These agreements define expectations, so that everyone is aware and agrees upon what is expected from the sessions.

What is an intake session?

An intake session helps to develop a relationship of understanding between the coach and the coachee, and provides an opportunity to confirm logistics like who will be reaching out to whom for each session, and when, where and how the sessions will take place. It also provides the coach a chance to go over their coaching agreement to ensure the client has actually read it and aren’t just signing on the dotted line without knowing what they are agreeing to.

The intake session helps to solidify and clarify goals, and gives the coach a chance to define their role to the coachee, and explain what their priorities are.

What’s on the page?

The document itself can be made up of any number of different combinations of clauses that the coach finds it necessary to include, but the list of possibilities is endless. The coach’s cancellation policy is commonly included, as well the logistics behind each coaching session, the fees and when they need to be paid by. For in-person coaching, there may be additional charges for mileage or other services. This is a good place to lay out those guidelines too, to clarify what is and what is not included in the base fee.

The agreement may also outline when the coachee may contact and expect a response from the coach – what are the boundaries for contact between sessions? Rudick provided his own personal policy as an example. “I believe it’s great to have contact between sessions, but I write ‘within reason as determined by the coach.’ So I’m the one that says if you’re being reasonable or not reasonable.” This method demonstrates open communication, while still allowing the coach to maintain control over the situation.

Other examples of clauses that can be included in the coaching agreement are confidentiality, guidelines around the termination of the agreement, what the coach and the coachee’s respective responsibilities are, and even defining the role of the coach so as to ensure that the client understands the difference between coaching and consulting.

A final, but important inclusion was mentioned during the discussion: a disclaimer. This states clearly that the coach is not responsible for the coachee’s actions or the decisions he or she makes during or after the coaching sessions.

Although the coaching agreement serves as an outline, the work does not end there. Coaches need to keep their wits about them as the sessions commence, starting with the intake session, to clarify the client’s purpose for being there, and to continue clarifying as the sessions advance. As issues begin to unravel, it is easy to get sidetracked heading down different paths. This is a completely natural occurrence, that often happens to the coachee subconsciously. It is up to the coaches to help guide the conversation where it needs to be. Point it out and bring the coachee back to the main point, or simply ask them, “How are we doing?” There is no single correct way of going about it, but keep in mind the coaching agreement and use that as a guide.

Finally, coaches must recognize where their job begins and ends. If the sponsor or organization of a coachee asks how the sessions are going, it is up to the coach to encourage them to speak with the individual, not the coach. “It’s the coachee’s responsibility to make sure the feedback gets back.” John Cacchione told the crowd. “That’s not your responsibility.” Why not add that into the coaching agreement too? 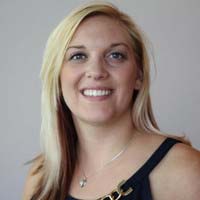