On Tuesday, March 24, a group of 30 coaches got together to share and discuss the subject of “Vulnerability and self-confidence; are they compatible or mutually exclusive?’’

The event was held at the offices of Vezina Nadeau Labre, who graciously offered their spacious premises to ICF Québec through Michel Nadeau, a principal at the company and who is also our Vice-President.

The evening began with a glass of wine and a congenial mixer with a wide variety of coaches as well as several individuals who are near the end of their formal coach training. ICF Québec President Richard La Rue welcomed everyone and spoke about some of the initiatives in which ICF is engaged. Gisèle Aubin explained how the evening would proceed and then invited everyone to partake in a sumptuous buffet and to join one of two groups.

Gisèle had recently presented on the issue of vulnerability at the monthly meeting of Coaches of Montreal and generated so much interest on the subject that many people who were present came to the ICF Coaches Exchange to continue learning and sharing.

Last year, Richard had presented a workshop in several different venues on the subject of vulnerability and commented jokingly about the seeming paradox of being a trained corporate lawyer and discussing vulnerability.

The participation and initial feedback for the evening was excellent and in fact overwhelmingly positive. The warm atmosphere of coaches being together and sharing their thoughts and experience was greatly appreciated and valued.

A survey is presently being completed in order to get more formal reaction and suggestions. 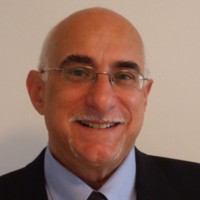